Additional Effects per 1% Quality:
1% increased Projectile Speed2% reduced Projectile Speed
3% increased Area of Effect3% increased Effect of non-Damaging Ailments on Enemies
-2% more Damage with Ignite0.25% chance to Debilitate Enemies for 1 second on HitPlace into an item socket of the right colour to gain this skill. Right click to remove from a socket. 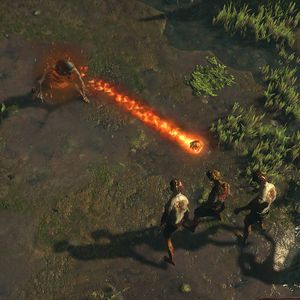 Fireball is a spell that fires a projectile, dealing fire damage with an increased chance to

Fireball can be created from the following recipes:

In addition, Fireball is the starting skill gem for Witch. It drops after killing the first monster of the game, Hungry Corpse.