Additional Effects per 1% Quality:
Cursed Enemies have a 0.25% chance to grant a Power Charge when HitCursed enemies take 0.2% increased DamageHits against Cursed Enemies have +0.01% to Critical Strike ChancePlace into an item socket of the right colour to gain this skill. Right click to remove from a socket. 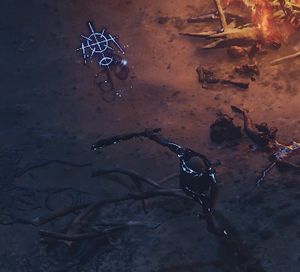 Assassin's Mark is a spell that marks a single target with a curse. Hits against the marked target have added critical strike chance and multipler. The marked target grants a power charge and life and mana recovery when killed.

Assassin's Mark can be created from the following recipes:

The new version use

Assassin's Mark (id: AssassinsMarkTriggered) The old version is not tested, but at least the new version can be supported by support gem when the mod is found on 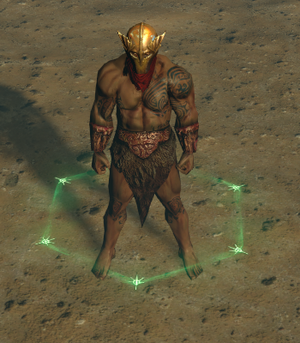 Assassin's Mark aura effect. Note that this aura now only exist on monster but not able to be casted by the player

Some monster also curse the enemies with Assassin's Mark: