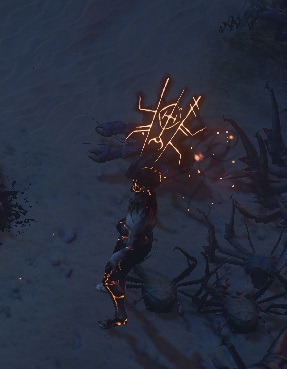 Warlord's Mark is a spell that marks a single target with a curse. Hits against the marked target have a chance to have doubled stun duration, grants rage over time, and give life and mana leech to attacks (not spells). The marked target grants an endurance charge when killed.

Warlord's Mark can be created from the following recipes:

No results found The new version use

Some monsters use Warlord's Mark: