The Champion is an Ascendancy class for Duelists.

The Champion is a mixture of defensive/offensive and support class who can act as a tank for his party by debuffing enemies through taunts and impale, buffing his allies with enhanced Banners, or Intimidate enemies to reduce their defenses. He bolsters his own defenses with Fortify, including the ability to permanently Fortify himself, or gains a burst of Adrenaline at low life for increased damage and defenses. The minor nodes grant increased armour and evasion rating across the board to further bolster his survivability. 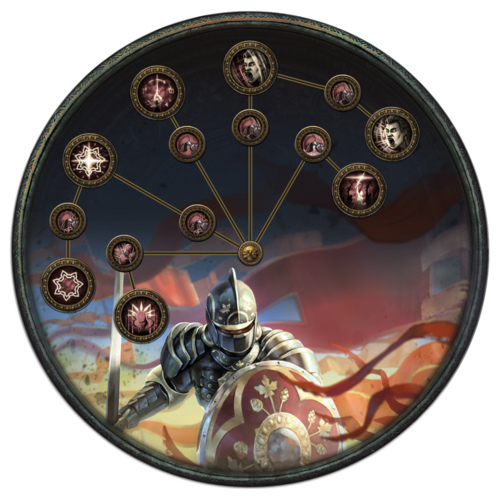 This class has the following minor passive skills:

The class has the following notable passive skills: