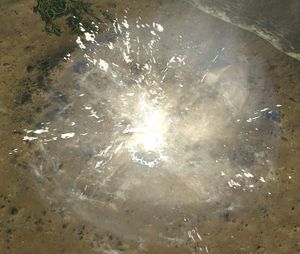 Frost Bomb is a cold spell that places an orb that releases pulses which reduce life regeneration and energy shield regeneration, along with applying Cold Exposure. It will rapidly pulse before it explodes, dealing cold damage in an area.

Frost Bomb can be created from the following recipes: