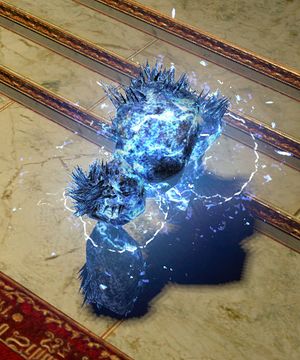 Summon Lightning Golem is a minion spell, summoning a Golem that grants the player increased attack and cast speed while active. It can use a long range lightning spell projectile, place orbs of lightning that strikes nearby enemies rapidly, and a temporary aura that adds a small amount of lightning damage to attacks and spells.

Summon Lightning Golem can be created from the following recipes: