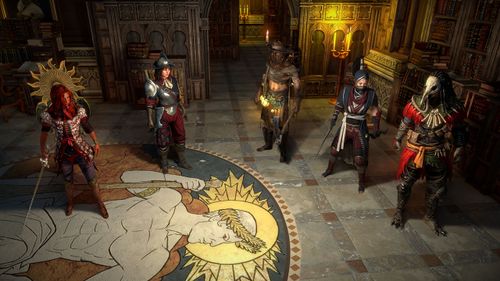 The masters (before 3.17 patch): Zana, Alva, Niko, Jun and Einhar.
This page is about the NPCs. For the divination card, see The Master.
For the legacy master system that retired in version 3.5.0, see Master (Forsaken Masters).

Masters are five special NPCs who are allied with the player and offer special missions inside a map or storyline area (Wraeclast).

Four of them can have a chance to spawn in the acts or maps, while the last one, Commander Kirac (sharing a similar role to former master Zana) can only be found in the epilogue town Karui Shores.

Each master offers unique mechanics and rewards to reap, and can be invited to your hideout to interact with. Additionally, the masters also have a related item known as a memory which provides further lore about each NPC.

Masters must be encountered in the wild before they start appearing in various towns in Wraeclast.

Additionally, Sister Cassia and Tane Octavius are sometimes referred to as masters and have their own quests in maps. However, they are not part of the master mission system.

Masters can be encountered in most zones, where they will offer a mission. If not spending accumulated master mission from map device, there is a chance a random Master (except Kirac) will spawn in the "wild".

If a master is not added to the zone via the Map Device, the default chance to spawn a "wild" master in map is 10% (as of version 3.10.0).[1]. This results in roughly 2.5% chance to encounter a specific master. This rate can be manipulated by various Atlas notable passives near the middle of the Atlas passive tree. 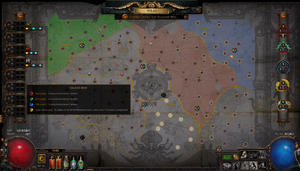 3.10 Atlas. On the right are counters for accumulated Master missions to be spent

Each day, five additional master missions (1 for each master) will be added to the player's accumulated count[2] after the reset at 0:00am (GMT+0) based on the tier (white (T1-5), yellow (T6-10), red (T11-16)) of the player's highest completed map in that league. The map must be completed prior to reset. Maps from Kirac missions, other player's map devices, and blighted maps count.

By default 35% chance (on average 7% per master) to have additional master mission from completing the map. This rate can be manipulated by various Atlas passives around the Atlas passive tree.

When attempting to maximize the number of master encounters, either generally, or for a specific master:

Holding control and left-clicking on a master acts as shortcut to a master's relevant interface: