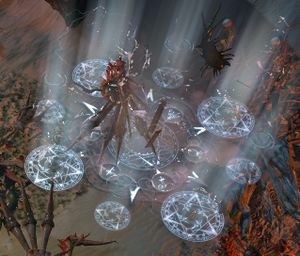 Ice Trap is a spell which throws a trap to a targeted location, creating a series of cold damage explosions when triggered.

Ice Trap can be created from the following recipes: