Valdo's Rest is an Atlas region located in the upper right of the Atlas of Worlds.

It is named after Valdo Caeserius, the real name of the Shaper. 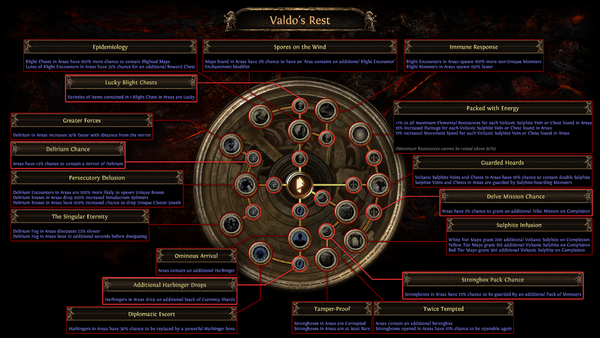 The Valdo's Rest Atlas Passive Skill Tree allows players to increase specific types of drops, enemies, and map events within this region. Players can allocate ten points in this region, earned by completing The Maven's challenges, and skill tree allocations can be refunded with an

Orb of UnmakingOrb of UnmakingStack Size: 40Grants an atlas passive skill refund pointRight click on this item to use it.
Shift click to unstack.

The following base item types can be found in this region: